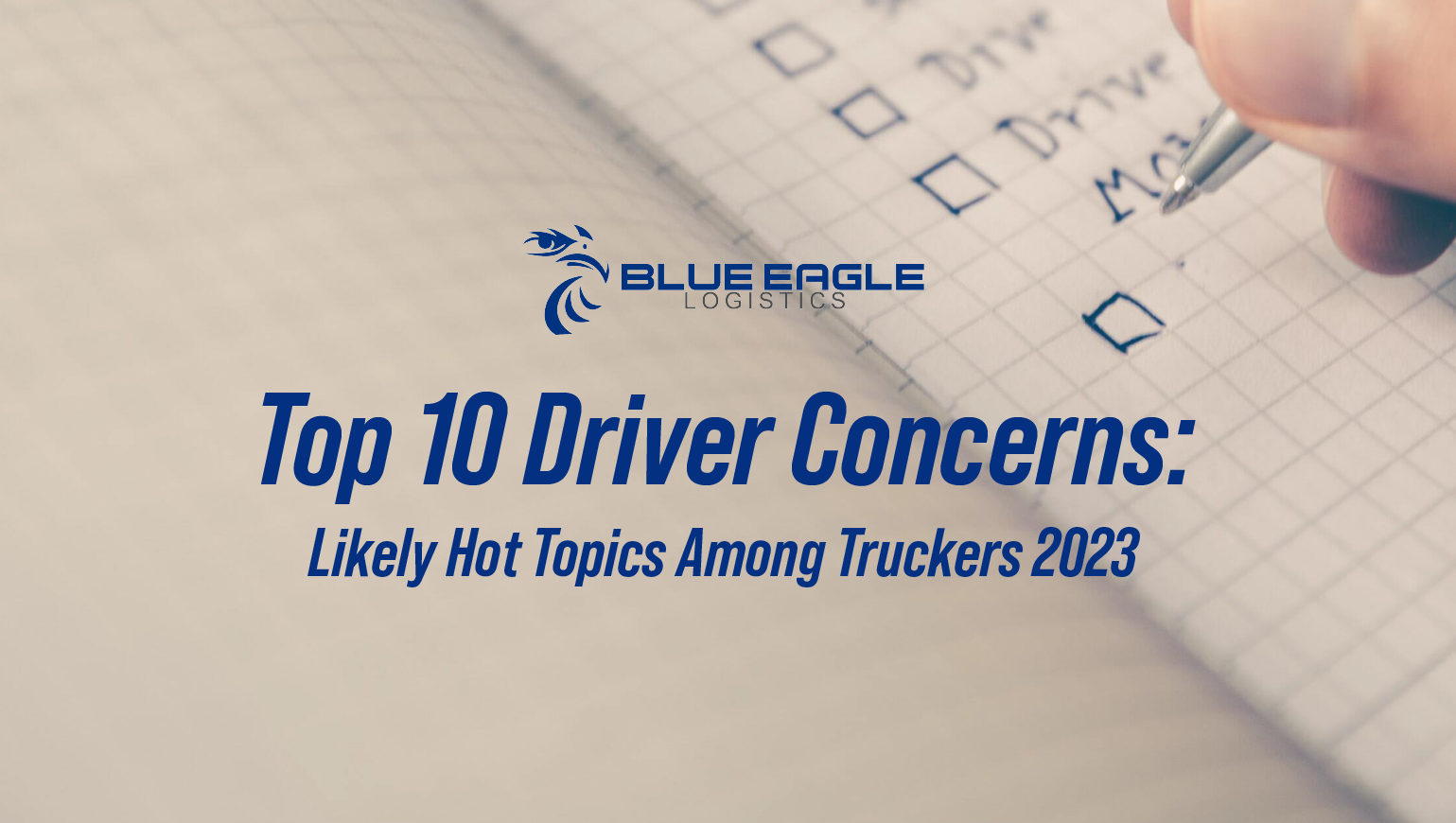 As 2022 winds down, Blue Eagle is taking a look at this year’s top driver concerns according to ATRI and making some predictions for next year’s list.

The top 10 Driver concerns of 2022 according to ATRI are as follows:

It’s an interesting list for sure. We’re going to take a dive into it and make predictions for this upcoming year’s top concerns:

Cheers to 2023! Blue Eagle is excited to see the trucking industry and the broader economy hopefully find some balance by the end of next year.