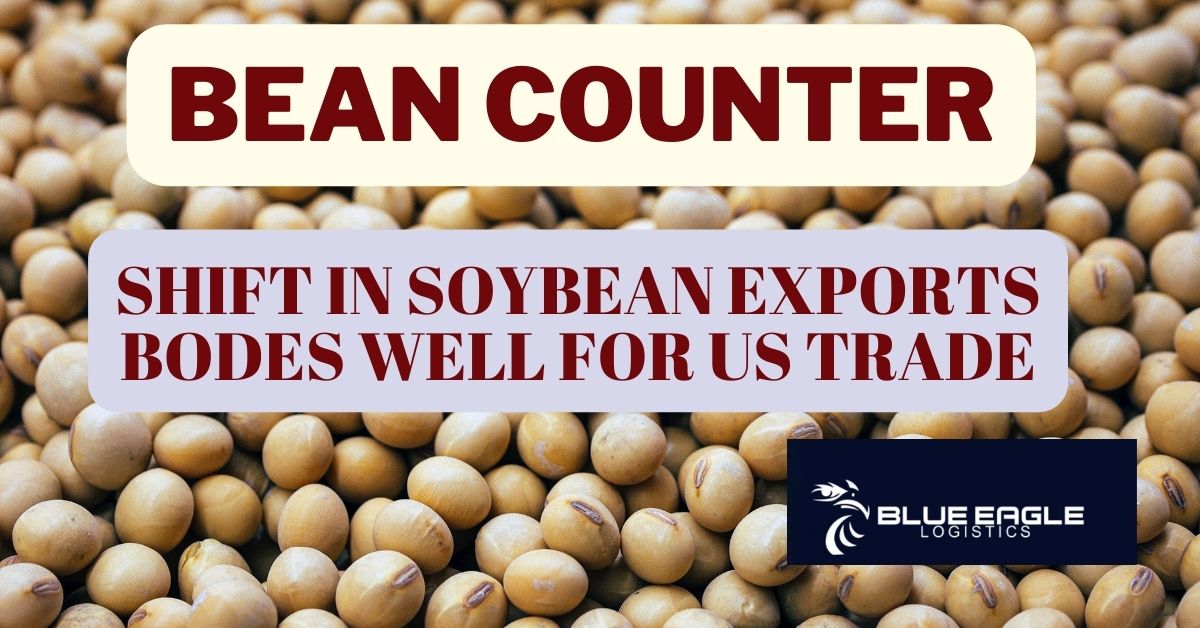 South East Asia’s emerging E-commerce market has extraordinary ramifications for the US exports logistics industry and geo-political currency. Specifically, this expansion will positively impact the Pennsylvania’s agrarian market positively, which ranks in the top ten states for exports overall and will likely see a marked increase as this market expands.

“In 2018, Pennsylvania exported a record $41.2 billion of Made-in-America goods to the world. In 2016, exports from Pennsylvania supported an estimated 177 thousand jobs,” according to United States Trade.

This same year, China was Pennsylvania’s third largest trading partner. But one of the biggest trading stories of the last two years has been the shift away from trading with the Chinese– especially in the soybean division.

Towards the end of Trump Administration there was panic as the government pivoted its soybean sales from China.

As outlined below– soybeans account for a significant portion of the US exports. However, as detailed in this article the shift ultimately resulted in stronger trade relations and more diverse export fields.

Agriculture in Pennsylvania depends on Exports

The US government softened the fallout of this political move with subsidies. And anecdotally, this reporter heard from the farming community that ultimately there was very little fallout from this policy shift.

The unintended consequences of this pivot to Southeast Asia– ranging from Thailand to Vietnam– is that we have strengthened our alliance with that region, while weaning American-Pennsylvania relations with the Chinese economy.

Therefore, it is promising that the trajectory of the emerging Southeast Asian global economy is burgeoning.Unsurprisingly, as other emerging markets have paralleled a growing taset and demand for meat. Apart from the need for soybeans for plastics, Southeast Asia’s collective tariffs against corn means that they will require feed alternatives; soybeans are one of the most likely alternative cattle-feed options.

This development bodes well for the Pennsylvania agricultural market and US exports overall.

Blue Eagle is enthusiastic about the future of the extension of US trade relations with South East Asia and its implications for both stronger geo-political positioning and the mutually beneficially trade between the regions.

We look forward to watching the Southeast Asian market expand and our state’s share of the export and logistics market prosper, accordingly.