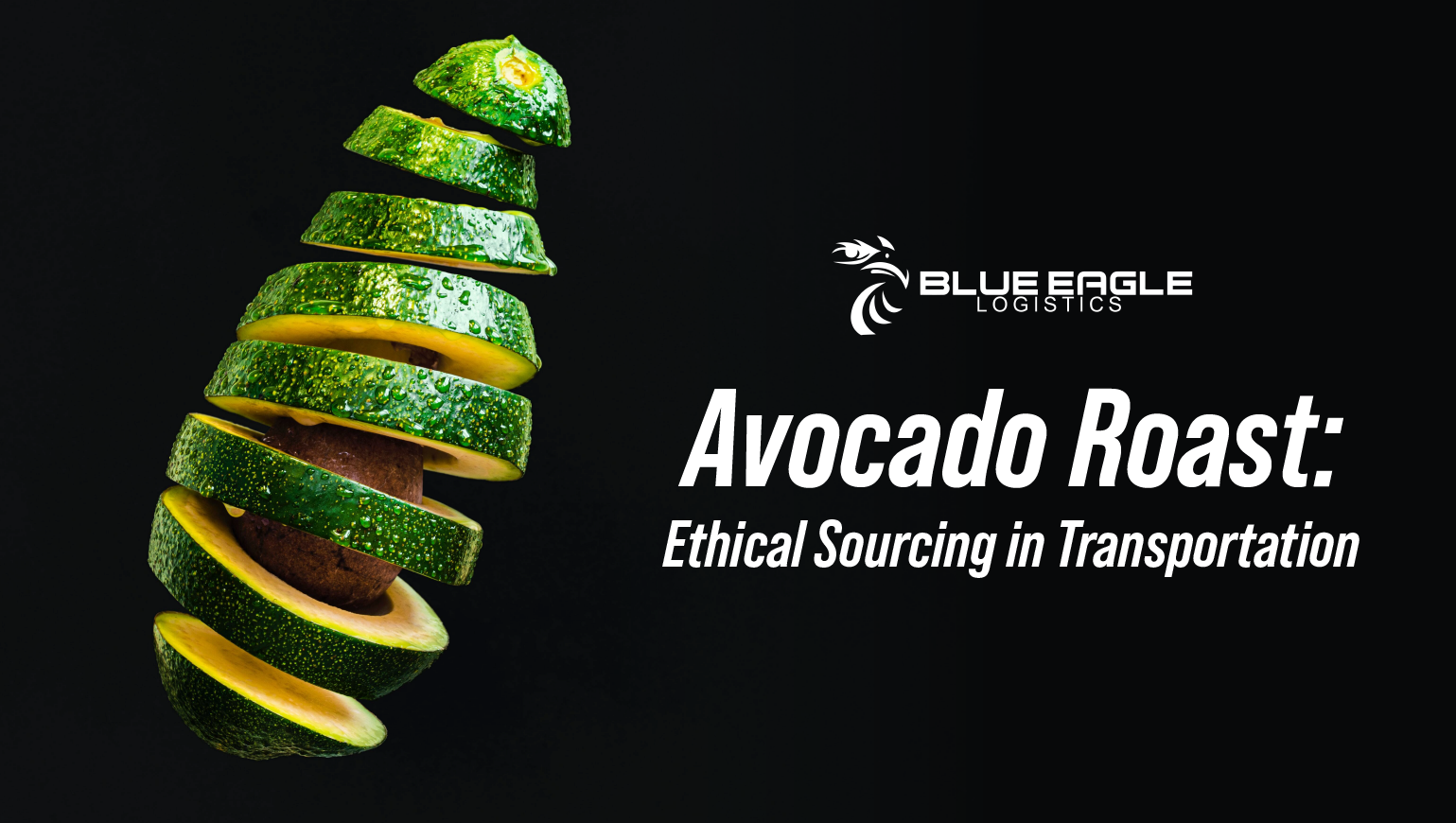 “My grave is already dug.”

It’s an expression among Mexican youth, according to Foreign Correspondent. And it embodies a macabre acceptance bordering on indifference to the violence of the Mexican Cartel.

In the transportation industry, it is very fashionable to cover issues of sustainability, clean energy sourcing, EV trucks, etc. Seldom does the US media cover the problematic issues that arise from sourcing goods that harm the citizens that produce them.

A few months ago Blue Eagle covered the trends in convenience and we covered the desire for more sustainable goods. Convenience is king. And Americans are willing to spend for speed, spend to save the planet.

While attitudes vary across generations, countries, and industries, 85% of consumers have become ‘greener’ in their purchasing in recent years. Companies must act now to avoid obsolescence in the future,” according to Business Wire.

But does that extend to how we source our fashion foods?

At home, the news cycle is scorched with images of the burning Poppy fields of Mexico, as officials attempt to control the blistering rise of Fentanyl in the United States. But the real culprit of the Cartel Wars really is the pits: Avocados.

And when you pit drugs against avocadoes the real green is in gangs’ abilities to extort money from Mexican farmers.

Eighty percent of the US avocado market is imported from the Mexican state of Michoacan… that is until this week. In a questionable ethical move, the US government has moved that the state of Jalisco is permitted to export avocados to the United States.

“Michoacán has long been rocked by violence from cartels, particularly the Cartel Jalisco Nueva Generacion (CJNG)—described by the U.S. Department of Justice as “one of the five most dangerous transnational criminal organizations in the world…Cartels had used government databases to find, extort and kidnap avocado farmers for decades.”’

And in February the avocado trade was briefly suspended because a US Inspector received a threatening phone call.

A full ninety percent of avocados are moved by truck; drivers work to satisfy the four hundred percent increase in avocado consumption that has taken place in this generation. But will consumers put their money where their mouth is when it comes to avocados?

If avocado purchases are funding one of the top five most violent criminal networks in the world, while 85 percent of consumers globally are moving towards more ethically sound purchases, then it seems simple to stand up and thwart the evils inherent in the avocado industry.

For the Jalisco Cartel money really does grow on trees, but the American people need to recognize that their avocado toast is ripe with corruption.

As NPR asks, “Should those Americans who go to groceries and want to buy poultry that is, quote, “humanely slaughtered,” or they go and buy a new computer and don’t want a lot of components to come from places in China where slave labor is employed, how should they feel about buying avocados and limes?”