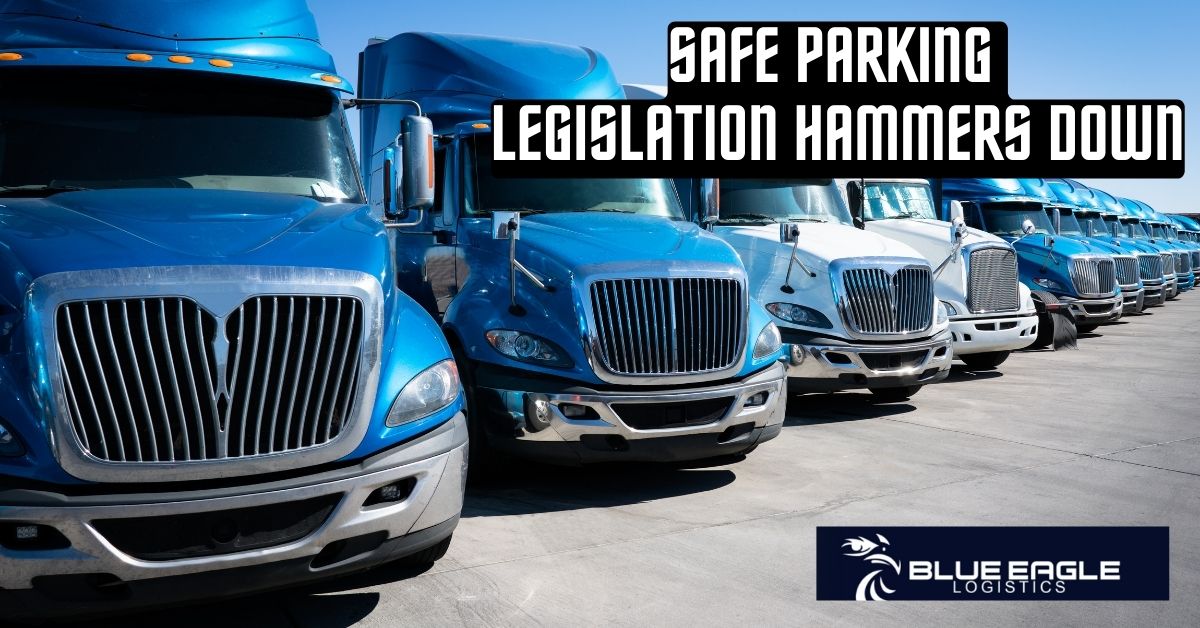 Legislation to fund the expansion of safe parking is moving forward to the tune of 755 million dollars.

Safe Parking. It’s an issue that routinely makes the American Trucking Association’s list of drivers’ top ten concerns. In part, that concern stems from the practical but pressing issue of not having anywhere to spend the night with their truck and trailer.

Freightwaves reports on the bill that, “Projects eligible for funding include building additional parking capacity adjacent to private commercial truck stops and travel plazas; within the boundaries of or adjacent to a publicly owned freight facility, including a port terminal a public authority operates; and at existing facilities, including inspection and weigh stations and park-and-ride locations.”

It’s become such an increasingly difficult issue that many drivers schedule their entire day around securing a spot for the night. For many, that means being parked by 5:00pm every day or paying for the pleasure of securing somewhere to stay overnight.

For drivers, the expansion of safe parking isn’t just about availability– a full forty percent of crimes against drivers are violent.

“Harmon has been attacked in his truck, faced an attempted carjacking by a ring of cars, and been badly beaten… all on separate occasions, in different parts of the country. ‘Things could change in a second out here, in a moment. I could be walking along the tree line with my dog and get attacked. You never know what’s going to happen around here, there are so many shady people that like to hang around at truck stops.”’

Fortunately, Congress is moving forward with funding for more safe parking spaces across the United States. The funds will be used in the form of competitive grants over the next four years.

Many see the lack of parking as contributive to the overall driver shortage:  “The availability of safe and secure truck parking is not just a challenge for current drivers, it is a barrier our industry must overcome in attracting new drivers — particularly women,” ATA President and CEO Chris Spear said Wednesday. “Solving it won’t just help today’s industry. It will go a long way toward helping trucking recruit and attract a more diverse workforce.”

Interestingly, Secretary of Transportation Pete Buttigieg advocates for codifying that fifty percent of all cars on the road by electric vehicles in the next eight years. And yet the recent bill has been amended to remove any provision to allow parking spots that feature electric charging units. This is certainly a set back for carriers like Walmart that have long been interested in pursuing an electric vehicle force.

The bill advances from committee and is set to be presented on the House floor.