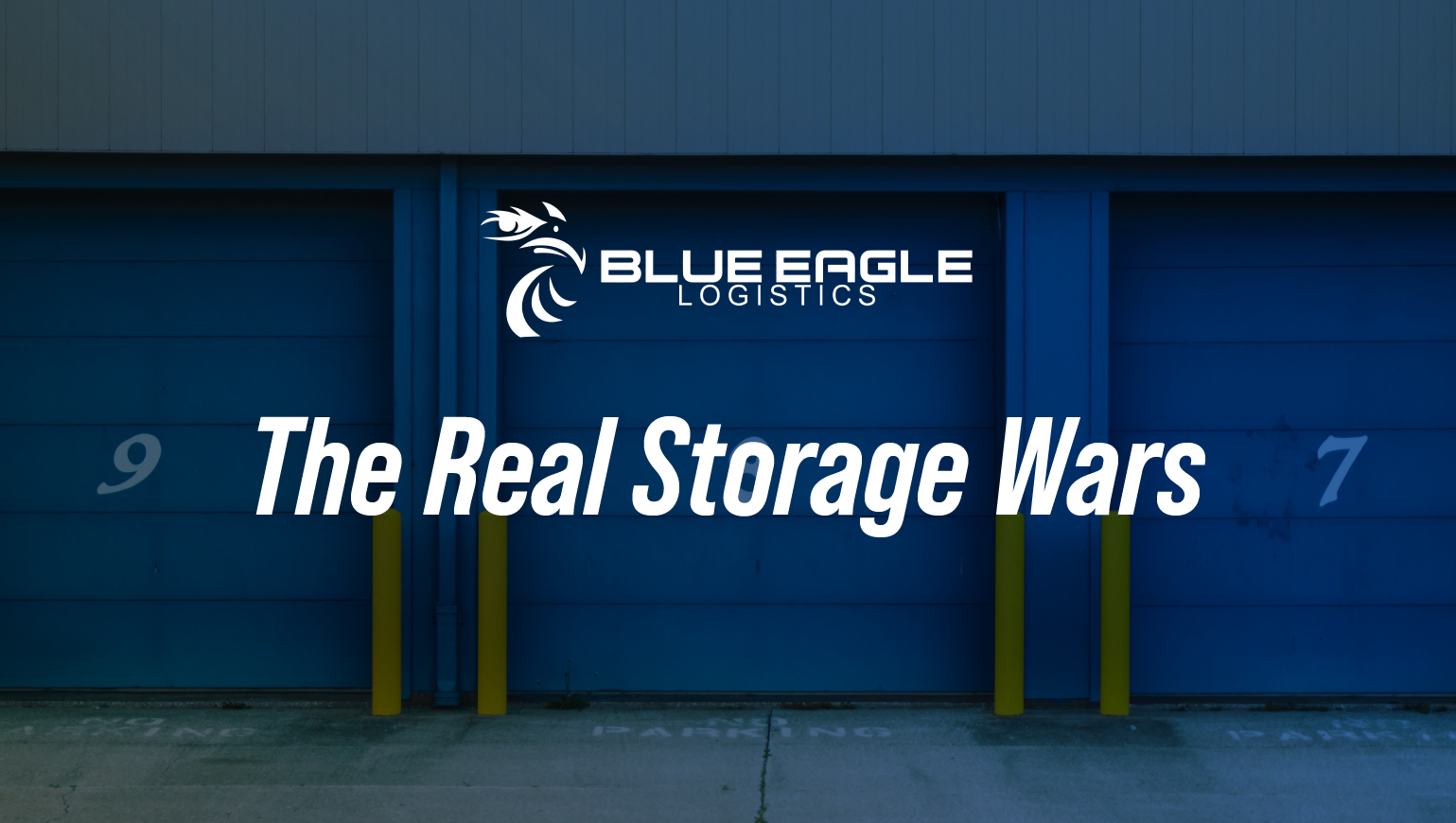 Blue Eagle is continuing its coverage of the contributing factors of the pressing supply chain issues. This week, we’ll take a fun, if quixotic look at the warehouse element that impacts the flow of goods.

Six thousand years ago… that’s when the first enterprising Chinese man named Xiang Lau started the self-storage story. Legend has it that he had collected some of the bones of his enemies, but his wife kept tripping over them, and she made her husband get them out of the house, according to History.

So, Xiang Lau built a hut for his war trophies, which gave him an idea– he started charging his neighbors to store their valuables alongside his bone-hut. Lau also threw in a free ox rental to sweeten the deal.

Today, Lau’s legacy can’t be contained. Storage containers across the country cover 2.3 billion acres of land combined. And the reality show Storage Wars made the eclectic, the exotic, and the expensive contents of American packrats a thing of legend: From the James Bond car to a missing human leg inside of a BBQ grill, storage units held the American people spellbound.

But these containers are only the end of a very long story: And that story starts with a very different kind of container: Warehouses.

Perhaps one of the greatest behind the scenes battles of the supply chain is the lack of warehouses in the United States. They are the middle link in the chain between field and factory to stove and stoop.

“Demand for warehouse space is at an all-time high. The warehouse vacancy rate in the country is currently below 4%, a record low, with no signs of improvement,” according to Globe News Wire.

Warehouse availability helps keep the supply chain more stable, while making goods feel like they really are just a click away. But it’s a geographically challenging question– warehouses must be built near densely populated metropolitan areas to be effective, but that real estate is ever scarcer and tends to be pricey, making the build more difficult to justify for logistics teams.

The Wall Street Journal did an excellent job covering the Battle Royale for warehousing– And Blue Eagle’s Pennsylvania was featured as one of the locations in the United States that is a battleground for the Warehouse Wars.

Local government leaders continue to attempt to pick winners and losers, while rewarding rent
seekers. Pennsylvania sorely needs an upgrade to its primary and secondary road
infrastructure to support the 75,000 hard-working taxpayers who work in the logistics and
distribution industry.

Globe News Wire continues that the supply chain itself is contributing to the shortage of warehouses: “The supply chain is also slowing the construction of new warehouses and storage spaces, and building supplies have been susceptible to shortages and delays. This has halted or restricted construction projects in many cases across the country.”

But conveying this issue and its importance to the public is a true challenge: It’s easy for the media to convey the inherent issues with cargo ships, empty shelves, and skyrocketing prices: From fifty dollar flank steaks to constellations of ships trapped in Shanghai, the stories almost tell themselves. But the optics of a lack of warehousing are just not that juicy.

Nevertheless, on the bright side, the demand is definitely indicative of a broader picture of economic growth. No bones about it.