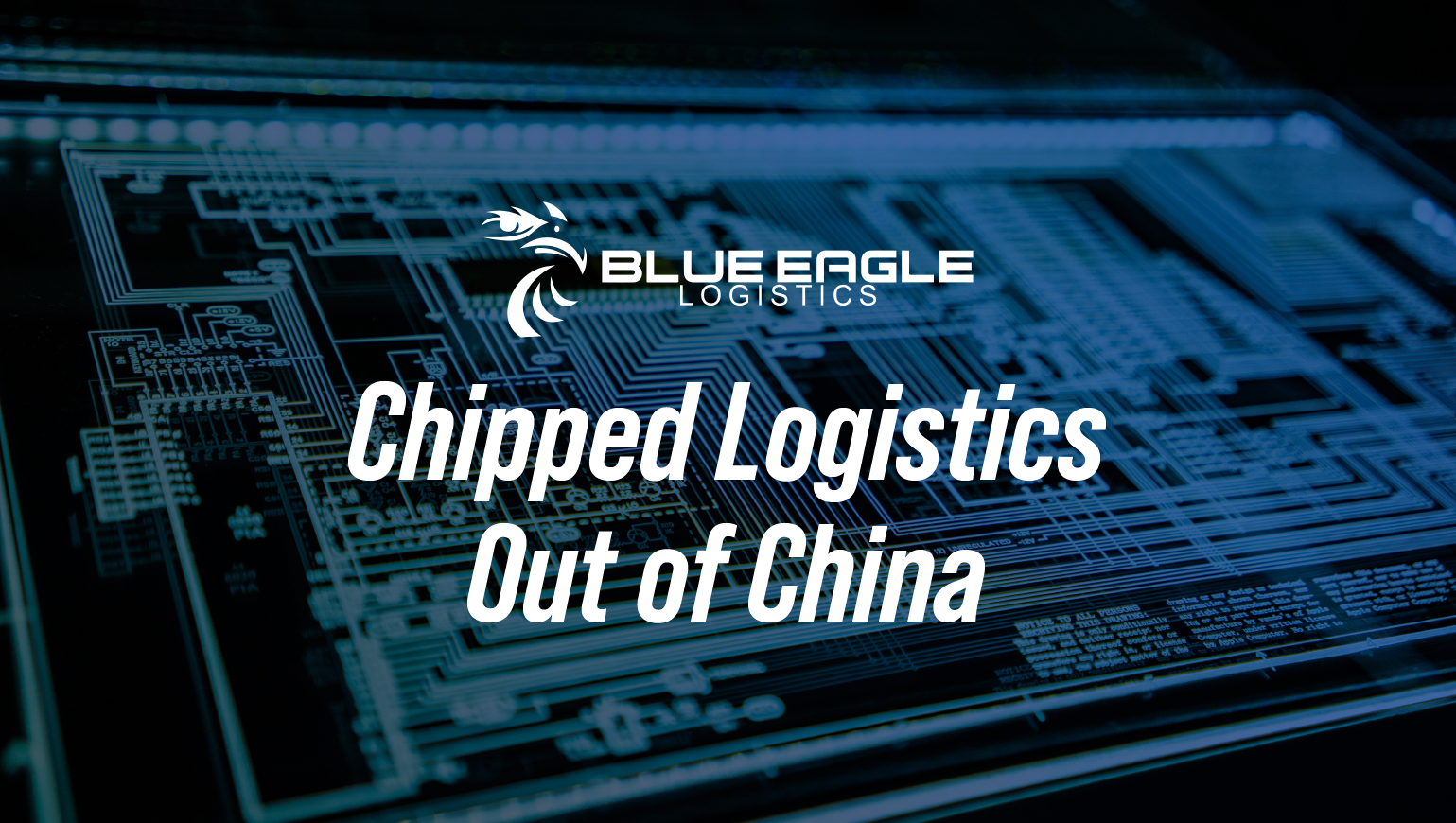 02 Jun Chipped Logistics Out of China

The automotive industry has been feeling pressure for the duration of the pandemic– with used car prices rising a staggering forty percent across the United States, USA Today reports. The biggest issues is that Chinese chip production has been slow to rebound, which is compounded by the continued COVID-19 lockdown related supply chain issues.

And from cars to medicine, the United States remains downstream of the logistics nightmare caused by global lockdowns even as ports, transportation, and logistics begin to stabilize.

In our last blog Blue Eagle followed the current supply chain crisis to its Shanghai super-bottleneck– reporting that our economy is six weeks downstream of the fallout of the Chinese Communist Party’s continued extreme lockdown measures. However, we are happy to follow up that those measures have recently eased, which has pushed production and logistics to normalize in China:

“Compared with April 18, the traffic of trucks on freeways at present has risen about 10.9 percent. The freight volume on railways and roads increased by 9.2 percent and 12.6 percent, respectively, and both have resumed to about 90 percent of normal levels,” according to Freightwaves.

And perhaps most encouragingly:

“The daily throughput of containers at the Shanghai Port has returned to more than 95 percent of normal level. In the last week, daily cargo traffic handled by Shanghai Pudong International Airport recovered to about 80 percent of volume before the outbreak.”

From a humanitarian perspective, it’s hopeful that this return to normalcy will help end the bulk of suffering that the Chinese people have endured under stringent lockdowns that routinely led to semi-starvation. And more broadly, average citizens in the West will have greater access to the medicines and plethora of goods we partner with the Chinese government to manufacture.

However, even this return to manufacturing normalcy presents its own issues: As this bottleneck eases, the Chinese are experiencing some of the same issues that the United States did off of the California coast– truckers are unable to get loads in and out because of congestion that is correlated with renewed demand. The Chinese government has established a hotline to help drivers resolve issues and get containers in and out of ports faster.

Nevertheless, experts are in agreement with Blue Eagle’s initial assessment that we are still downstream of much of the fallout from Chinese and the broader global COVID-19 lockdowns. In fact, we are likely facing the worst shipping container shortage in fifty years. “The situation is not expected to start improving until the first half of 2023 and that is having an impact on the automotive industry at a time of wider supply chain uncertainty.”

The transit times between the United States and China have also been slow to normalize: They have been called, “dismal and unpredictable,” according to Automotive Logistics. And if there is one thing that the logistics industry does not like– it is unpredictability in the markets.