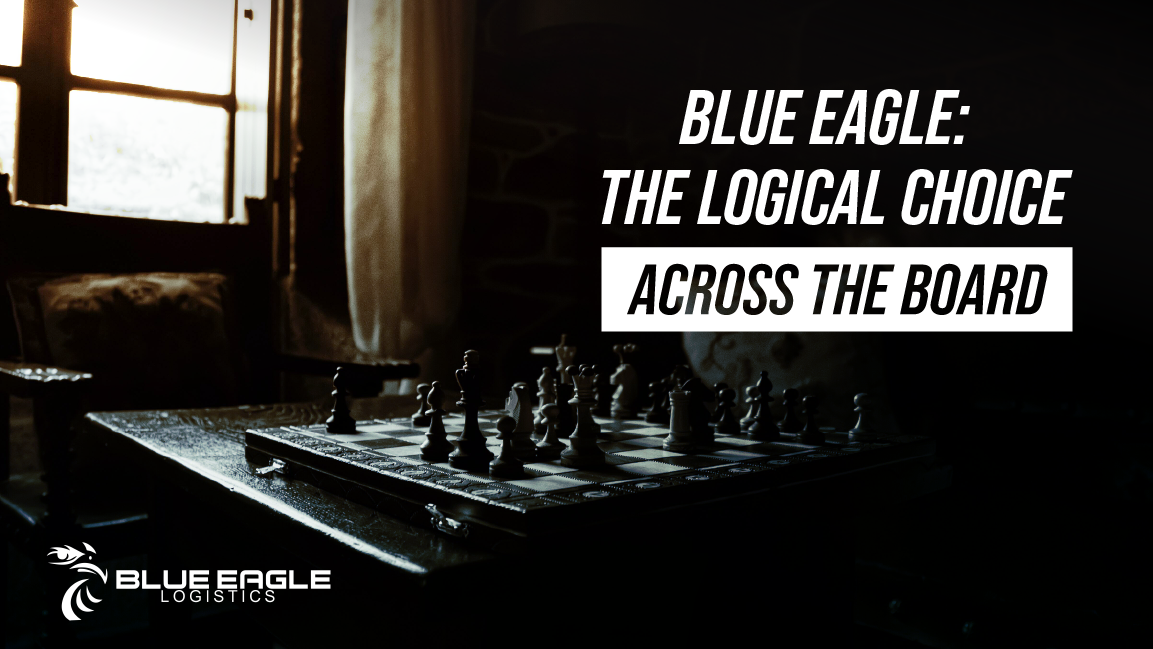 05 Aug Blue Eagle: The Logical Choice Across the Board

At Blue Eagle we recognize that it’s imperative to make investments in both world-class technology and in our top-industry talent. It’s this tandem-investment that sets us apart as the very top shipping logistics provider in our region.

King Richard the Lionhearted of England. Alfonso the Wise of Spain. Ivan the Terrible of Russia. Were all battle-tested kings, but their favorite victories came… on their chess board.

The game has become synonymous with logical prowess, wealth and power since its earliest invention in India during the 7th Century. And for fifteen hundred years it has demonstrated the logic-craft, the mathematical ballet of the most elite minds.

That is until very recently.

Computer vs. Man was a logic-boxing match that many thought would never have a real competitor, but after hundreds of years humanity recently met its match.

The computer had a name. Deep Blue. And 25 years ago on February 26, 1996 it became the first computer to beat a human being at chess. It was a landmark moment in technology’s logical ability to create, adapt, and win.

Deep Blue claimed victory over a Russian chess champion named Garry Kasparov, who was considered the best chess player in the world. Kasparov remembers that the audience experienced both astonishment and grief at his loss.

But at Blue Eagle we recognize that the audience that witnessed the chess match between Kasparov and Deep Blue that day was wrong. Technology and people are not poised in an adversarial relationship. In fact, at our company we’ve leaned fully into a full investment in both leading technology and talented professionals, which has placed us ahead of other logistics companies.

We recognize that the embrace of technology that outfits our people with the real time insights they need and the ability to communicate effectively with customers is a significant win for the field of shipping logistics.

Using our top-of-the-line shipping tech, our people take care of the customers that entrust us with their projects. Developing that client trust, attention to detail, and emphasis on excellence is a significant part of why we’ve built a deep level of trust in our Pennsylvania community. To us, great customer service means solid communication, but it also means investing in the Research and Development to bring you the best results every time. That investment has paid off!

And as a result of that investment, we’re trusted by our clients We have emphasized being tech-forward as an organization. From tracking your shipments to knowing what’s next in the field Shipping Logistics software, we have our clients’ needs met every time.

Specifically, we have invested in tech that makes tracking shipments and client communications simpler.

Today, the game of chess has changed– human grand chess masters actually learn the game from computers. It’s a standard and expected part of testing theories and sharpening logical skills in any individual that wants to be the best in that arena.

And at Blue Eagle we also lean into the balance between great people and our reliance on tech that makes us more efficient and better able to serve customer needs.